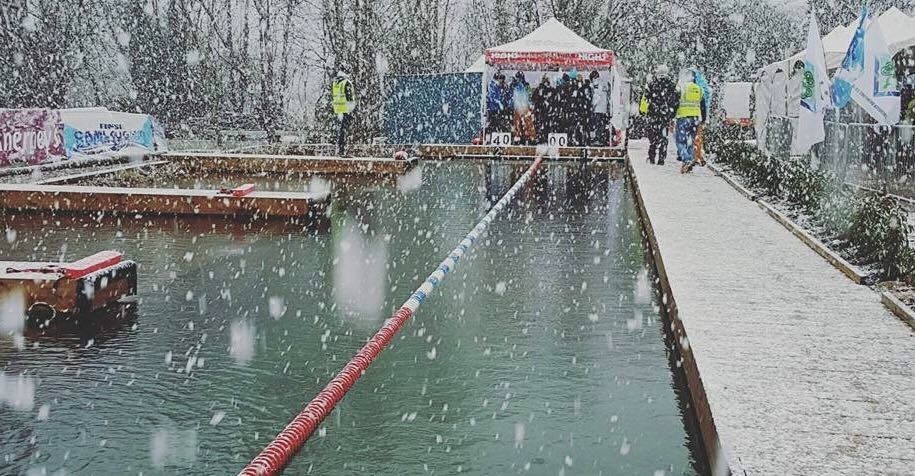 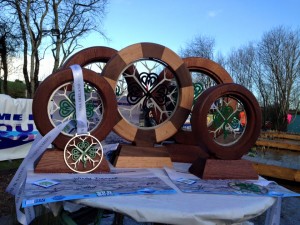 It is with great pride that the Camlough Lake Water Events Festival Committee in association with Wild Water Armagh can boast an amazing success of the 2016 International Ice Swimming association 1k National championships. 10 Countries were represented in these games including Ireland, Scotland, Switzerland, India, England, Poland, Germany, South Africa, Holland and Ukriane. 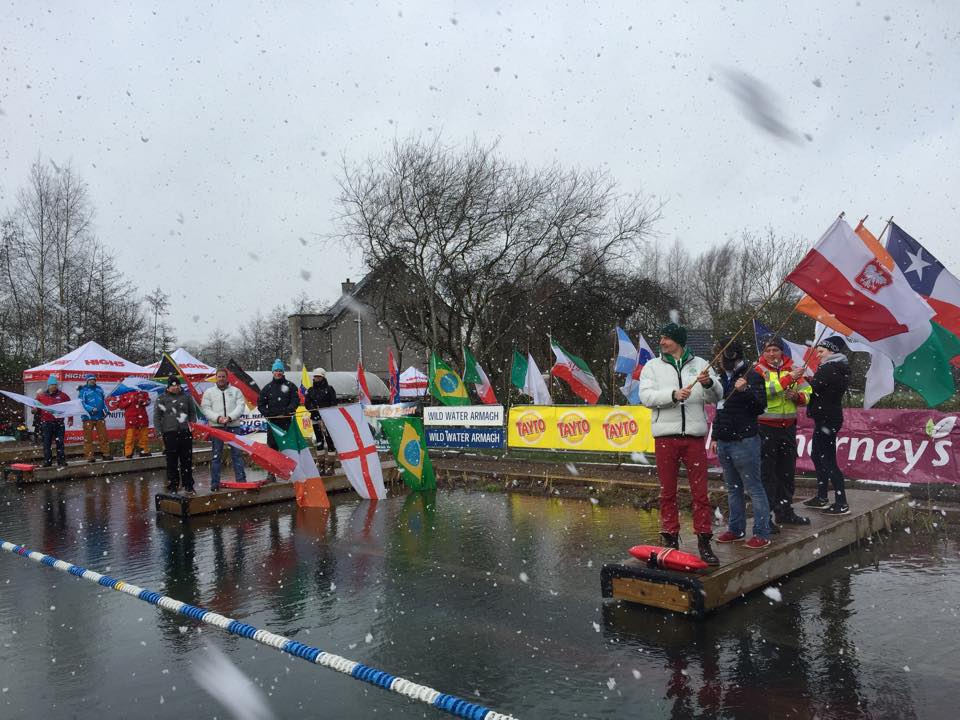 Event planning began after the success of the 2015 championships also held at Wild Water Armagh. The CLWF events crew worked diligently to ensure that all requirements the IISA constitution were met for race day. In the lead up to race all eyes were on the water temperature to ensure that it met sub 5 degrees requirements. Qualification swims were offered in all four provinces. The forecast was for snow but as with typical Irish weather there could be four seasons in one day so no assumptions where made. 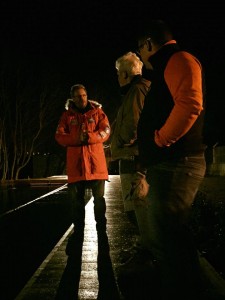 At 4am and again at 6am the water temperature was checked and at 6.30am there was icing for the cake as the snow started to fall. Air temperature 2 degrees and water temperature 4.5 degrees were measured and signed off by IISA race official Nuala Moore and President of the IISA Ram Barkai. The first of the swims commenced at 8am with ice milers Gillian McShane and Nuala Moore taking out the 40 lengths. 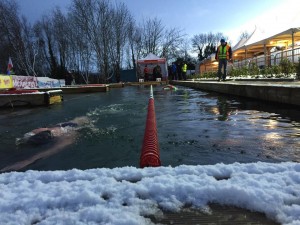 Recovery room crew were ready to accept their swimmers and they were in for a busy day with 40 swimmers on the race card. Highlights of the day included Swiss Sabrina Wiedmer who matched the time of the current World Record holder Julia Wittig set in Burghausen, Germany in a time of 13:58, she alongside Wendy Figures, Gus Cooney and Conor Turner set new age group records, Olive Conroy and Conor Turner being awarded a IISA National 1k champions title, Jack Boyle and Conor Turner only 4 weeks in ice swim training achieving fast times and the endurance of Peter McKenzie unable to compete in the 2015 games making an excellent comeback to successfully finish the 2016 1k event. The race card finished at 7pm with the Ice Sprint Championships including the 100m, 50m and 4×25 relay fast, furious and fun.

It is with the amazing crew, medical team, sponsors including M&M Services, Infinity Channel Swimming, TAYTO, Morgan Fuels, McAnerneys, HSS Hire, BMW, Cafe Krem, race partners and the entire community that this event is the success it can boast.